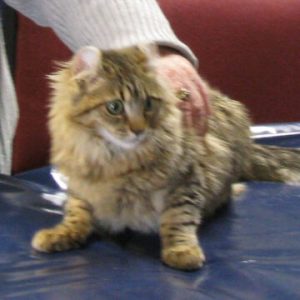 The American Curl is the result of a spontaneous ear mutation in the domestic cat population of the United States. The first such cat was found in Southern California in 1981 and was named “Shulamith”. Selective breeding began in 1983. The distinctive feature of the American Curl breed is their unique, attractive curled-back ears.

American Curls are a well balanced, moderately muscled, medium built cat. They are alert and active with gentle, even dispositions.