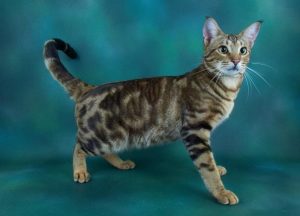 A Jungala is an Ocicat without spots. Or more precisely, a cat of Ocicat style expressing only a Classic Tabby pattern. The type conformation is exactly the same as an Ocicat, but the pattern must conform to that of the Classic Tabby.

The Ocicat was developed as a purely man-made agouti spotted Breed of cat of moderate type. This was achieved by interbreeding of a mix of Abyssinian, Siamese and American Shorthair. As such, it is a domestic breed, which was selectively bred to emulate the spotted cats found in the wild, but retaining the lovable disposition of the domestic.

However, Ocicats can also produce kittens which are Ticked and Classic in pattern as well as spotted. The ticked kittens are considered to be program cats but while the classics do not conform to the standard for Ocicat patterning, they are highly prized for their striking beauty. This classic pattern has long been admired for its magnificent whorls and apparent bullseye.(commonly known as Blotched or Bull’s-eye pattern). 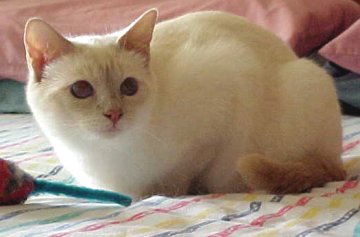 This pattern is particularly striking when seen in a Silver Tabby, where the light silver ground colour allows for a strong contrast with the deeply coloured markings of the topcoat.

Jungala cats, like their Ocicat counterparts, are highly social and somewhat doglike in their devotion to people. They are bright and readily trainable and are often extroverted even among strangers. As such they are an ideal cat for households where there are already other pets and children.

Just as the breed name Ocicat was derived from the Ocelot, a central American spotted “wild” or “jungle” cat, the name “Jungala” is likewise taken from the Sanskrit word for “Jungle”. 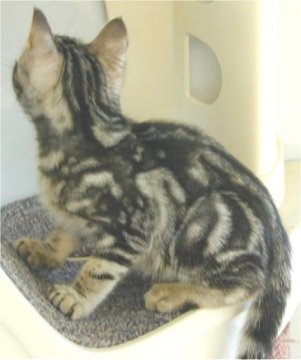 As in other breeds which are the result of allowable outcrosses between recognized breeds, the Ocicat and Jungala are intermateable with resultant progeny registered as the “selected breed”.

In New Zealand, the first Jungala cats were registered by the Karakakat Cattery, with CATZ Incorporated, which recognised the Jungala as an independent breed with Full Championship Status in August 2001.