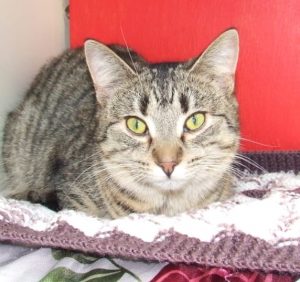 Anyone looking for a family cat, for a gentle companion and playmate for children, for a cat to become a fully fledged member of the family, need look no further than to the New Zealand Shorthair or Longhair. These are the descendants of the farm cat, the shop cat and the cats that for decades have been in and out of the back yard. This breed is known for its longevity, robust health and being so easy to get along with.

The New Zealand (Domestic) Shorthair or Longhair is New Zealand’s own breed, whose ancestors are the cats that came to the Antipodes with early pioneers from Europe. These first cats were brought along by early settlers to hunt rats which threatened the food supply and later worked as ‘farm cats’ and as ‘shop cats’ in the new colonies.

For more than 150 years, these robust cats have flourished, establishing themselves as the native New Zealand domestic cat, coping with the chill of the mountain ranges, the wet of sub-tropical forests, the dry tundra bordering desert regions and the dangers of a bustling life within the growing city boundaries.

The Breed Standard for the New Zealand Shorthair & Longhair calls for a medium bodied cat of muscular build, with well rounded chest, equally broad from shoulder to hip. The head is medium to medium large, a moderate, gently rounded slightly truncated triangular wedge, which must not mimic or tend to either foreign or bracheocephalic head type. There should be an obvious dip in the profile. Ears are medium with gently rounded tips, eyes moderately large and set wide apart. The muzzle is obvious, gently rounded and the jaw is broad with a powerful bite.

The New Zealand SH and New Zealand LH are now registerable with CATZ Inc. Almost any domestic cat can qualify to be included on the open register for this new breed. However there are some qualifying factors…

Secondly, although the breed comes in an array of over 90 colours, including all standard solids, tabbies, silver tabbies, bi-colours, calicos and vans, they must show no evidence of HYBRIDISATION. Just as with the American Shorthair, they cannot be POINTED, or SEPIA or MINK in colour, nor can they be CHOCOLATE or LILAC, or CINNAMON or FAWN, all colours which show evidence of Hybridisation to Siamese (Himalayan Pattern) or Burmese (Sepia pattern), or Tonkinese (Mink Pattern), or Abyssinian (where Cinnamon and Fawn comes from).

These cats often display striking clarity of colour and pattern and in this regard they mirror their cordial and light-hearted playful personalities. They are renown for their ability to cope in all weathers and conditions and are loyal companions.

There are many advantages. The most obvious one is the improved gene pool of domestic bloodlines that are then recorded and made available as approved outcrosses for some of the newer breeds, such as LaPerms and Munchkins, but also as a source for colours and patterns in breeds such as Orientals, Scottish and Highland Folds, Manx, American Curls, etc. etc. There are some 14 breeds where outcrossing to New Zealand SH and LH could prove helpful.

The New Zealand SH and LH can now also become breeds in their own right, just as their Northern Hemisphere counterparts have in the American Shorthair and European Shorthair.